Prices starting
from only... FREE to play!

What makes Infusion at the Montague Hotel so popular?

So Brisbane, get your team organised and head on down to the Montague Hotel every Tuesday at 7pm for a fun night of Infusion.  It’s electric, fun and totally addictive!  Where else can you feel like you are a contestant playing in a real game show?  Your team will receive a wireless buzzer where you’ll buzz in answers in an effort to gain as many points over the course of the night to be the Infusion champions. 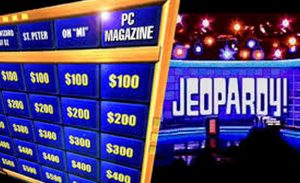 You’ll have a blast playing games like Who wants to be a millionaire, where the more answers you get correct, the higher up the ladder you climb and the more points you win.  Then there is the Sale of the Century round, where the prize on offer may just be tempting enough that you’re willing to sacrifice some of your points in order to claim the prize. Infusion really is a great night of free entertainment.  Throughout the night you will get to play a variety of rounds like Jeopardy, Name that Lyric, Wheel of Fortune, Family Feud and much more!

What better way to relax and unwind then grabbing some friends and heading down to the Montague Hotel for some dinner, drinks and a night of fun and excitement playing Infusion!

Book Now for Infusion at the Montague Hotel

Directions to Infusion at the Montague Hotel